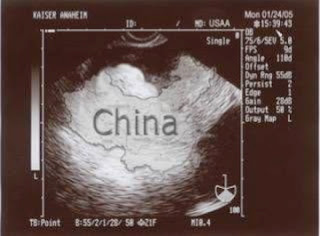 We finally hit this MAJOR milestone in our adoption story! On Friday, January 11, 2013, all of our paperwork was done, translated, put together and sent to China. This means that we will be able to be "matched" with a child that is "LID only." LID is Log In Date. This is the date that China receives your paperwork and puts it into their system. This allows us to be matched with a child that is younger. When babies are first put into the system, they are only allowed to be matched with families that have an LID for the first month. Many of the babies with less severe special needs are actually adopted in this period, but if not they move on to other lists where people not quite as far through the process are able to "lock" the file.

So now we wait. We wait for the agency to find our baby and send us her file. We will have 72 hours to evaluate her file and decide if she's the one for us. If we do not feel that the first file is the right match, we can say no and then we would just have to wait until the next time files are released and/or they find a baby they feel would be a good fit.

The agency has told us that it could be up to 6 months before we are matched. But they've also told us that there are about 200 families on "the list" at a time. And since we've been on "the list" 151 families have been matched with children. My guess would be that it will be sometime in the next 3 months.

So now we wait! 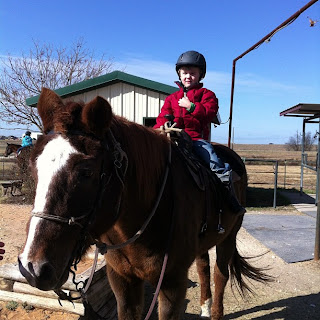 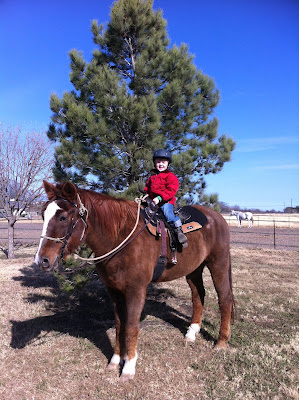 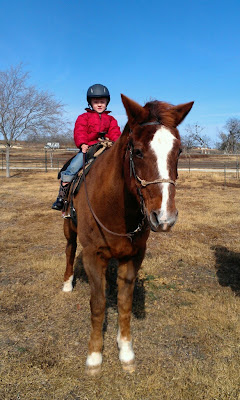 Today Connor got to ride PJ. He was there on a day with the "campers"...a group of 7 teenager-ish girls. He got to be the middle man and hang out with them for an hour! At 4, he doesn't appreciate the benefits of being a boy in a girl's class, but if he sticks with this the odds are in his favor. 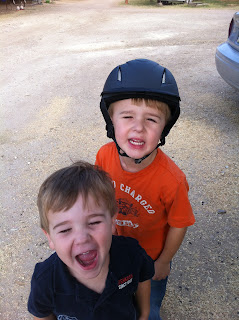 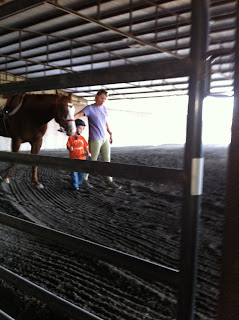 Connor LOVES animals (and I think that might be an understatement)! So I asked him which animal he'd like to have. He answered horse...and turkey. He had some great arguments for why we need a horse...and a turkey. Instead I found a few different local places that teach horseback riding lessons. It was a bit tricky because he's so young and some don't start with 4 yr olds.

The first place we went had 60 horses. We got there early to look around and would you believe...the place had turkeys...and they were mean! At one point, I grabbed both kids' hands and RAN from a tom that didn't want us any where near him. Then we went over to the cute little foal and it's daddy came over and sneezed on us! It was tons of fun!

Connor got to help groom the horse and ride around the ring while his teacher lead the horse. He was a little worried that she was a stranger, but I explained that it was ok to talk to her. He took this to heart and talked the FULL 30 min. to this poor woman. When they came out of the ring she said, "Wow he's a chatterbox and he uses words like domesticated." I told her that actually he NEVER talks that much...I'm sure she didn't believe me.

He immediately wanted to come back and asked everyday for the next week to go riding again and if we could sell the house and move to a farm. The next week he was even more confident on the horse. It was amazing!

But this first place was a little too far away and they weren't the greatest about getting in touch to schedule the lessons. So we found a new place (only 15 min a way) for the 3rd lesson. This was a bit smaller farm, but this time he got to go into the ring where there were jumps and cones to go around and the teacher didn't hold the horse on a lead rein (it just followed her). He also got a bit more time on the horse and we both thought this was awesome! But we wanted to try one more place.

This week we went to the third farm (20-25 min away) and I think he liked this one the best. He got to spend almost an hour on the horse and got to try out a Western saddle. He had so much fun and although this place is more just a learning place (not a place he could stay long term if he continues) he gets the most amount of saddle time for the same price as the others. They also do trail rides, day camps and birthday parties...much more oriented to the elementary kid. So we'll be sticking with this place!

Connor has changed so much since we started the lessons. He's much more confident, wants to do things for himself, is less anxious and talks to "strangers" more easily. It's great to see him find something he enjoys so much!

Evan on the other hand wants to take boat riding lessons (as in sit on the boat at the carnival place and let it spin him around) and wants nothing to do with the horses! Oh well! 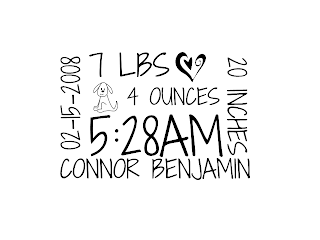 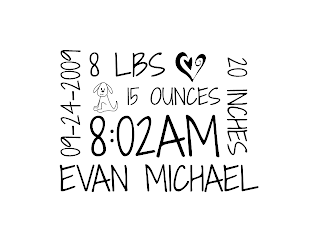 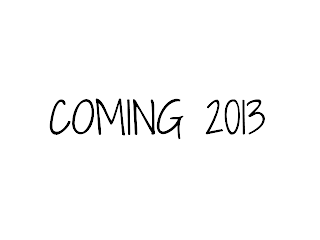 I've been playing around with how to make Subway Art. I made these and put them, in this order, in a 3 windowed frame. I'm pretty proud of myself!
Posted by Sarah at 7:25 PM No comments: 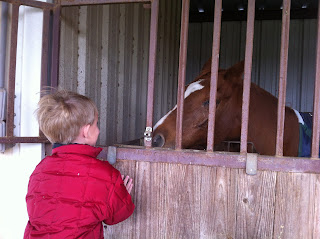 Connor has suddenly become infatuated with horses. He was begging me to adopt a horse! He come up with great reasons and places it could live. He said he'd take care of it. Thank goodness for an HOA! 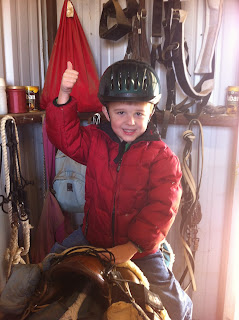 So I posted something on Facebook and one of the moms in Pflugerville said that her parents had horses and we could go visit them. 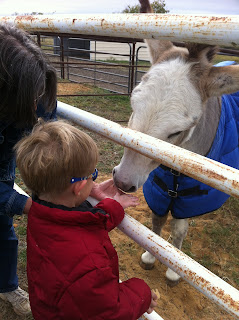 They had 5 horses, a pony and a donkey. We stayed for 3 hours and I had to drag the boys away to leave. 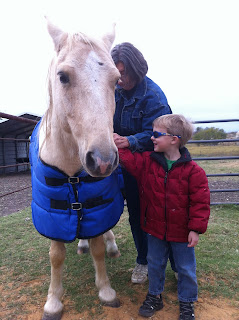 I thought that they might be scared, but they really weren't. They wanted to get right in there and feed them and pet them. We didn't get a chance to ride though. 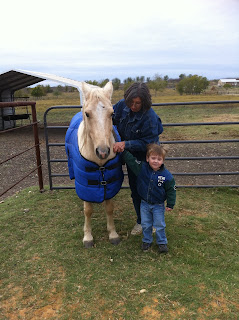 The pony, Trig, wasn't so sure of kids. A couple of the horses had been around kids before and would run when they saw them coming because they knew they'd have to give them a ride. 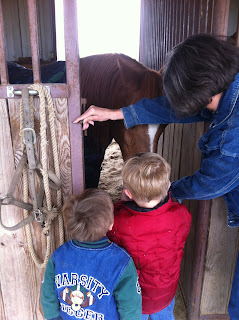 They fed this horse, Tiyarra, so much that she probably won't need to eat for a week. 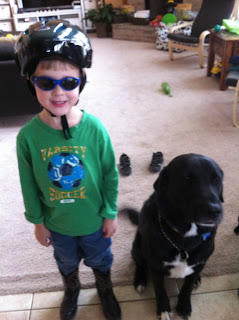 I told Connor that when he learned to ride Bodie we would adopt a horse. He came home, got his stuff together and gave it a good effort! 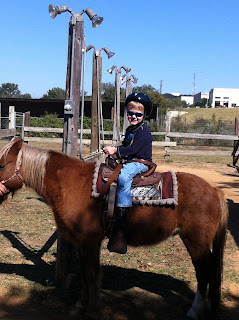 So the next day I took him to a local amusement park that does $4 rides...he took 3 and again I had to drag him out. I came home and contacted a local stable to see about riding lessons. They don't start until 5, but we have an evaluation on Monday to see if they'll agree to work with him! I guess I need to take some lessons too.
Posted by Sarah at 10:07 AM No comments: 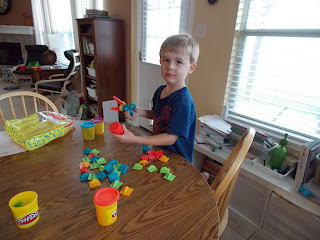 Connor has had a struggle with getting over that last hump of potty training. He was diagnosed with overactive bladder and has been on two different kinds of meds that only half way worked. We have bribed and scolded and cried and had lots of struggles, but finally this week something fell into place and he was able to wear the same pair of shorts and underwear for the entire day...for 5 days in a row! Two years ago, I bought him this letter play-doh kit (since he was so into letters when he was 2) and told him I'd give it to him when he had 5 dry days in a row. It never happened. I felt bad and even told him once that if he could go just 2 days that I'd give it to him, but he was never able to do that either. So it just sat on a shelf in my closet...until today! He had 5 straight dry days and earned his play-doh kit! I'm soooo happy to be past this and I hope it stays! I'm pretty sure he's in a growth spurt (keep finding him head first in the fridge) so this one must have been the one where his bladder grew enough to to catch up with him! YAY!!!

Evan has been doing pretty well, until this week! Why can't they both have good weeks? Anyway, he's earned lots of Lego vehicles (and then lost them all this weekend for having so many accidents), but we're back on a sticker chart and hopefully will have two potty trained boys by month's end! That's some serious extra money in the budget! (Connor's already announced he wants a computer for Christmas so he's already made plans for that money! LOL) 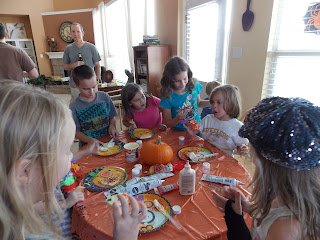 We hosted our 2nd Annual Halloween cookie decorating party this year. We had 17 kids and 11 adults! It was loud and tons of fun! 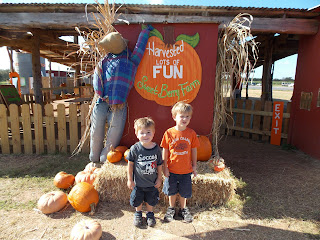 I took the boys to a pumpkin patch one day. They were totally not interested in anything there. It took over an hour to get there. We walked around for 20 min and then went back home and had to go to Walmart to find the mini pumpkin Evan was looking for (because Sophie at his first one). 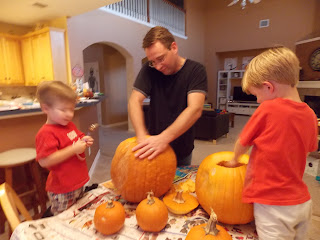 Here in TX you have to wait until the night before Halloween  to carve pumpkins...and they still went bad! 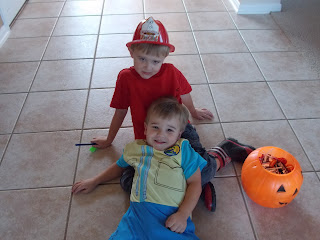 Diego got a little excited and started attacking the fireman while we were waiting to go trick -or-treating. 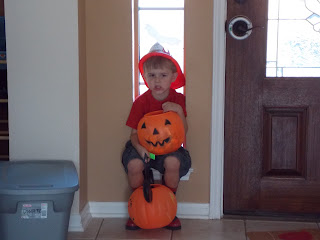 Connor was much more excited for Halloween this year than he has been in the past (even though he doesn't look it here). He actually picked out the Diego costume and Evan refused to pick anything out. But then Evan tried it on and giggled constantly while wearing it. So Connor decided to be a fire fighter. We went to a few houses and then hung out in our driveway giving out candy. A stray kitty came up and played with us most of the night. Connor named it Bert and decided it was ours, but it's family came and got it and there was some serious pouting going on here. All in all, it was a successful Halloween!
Posted by Sarah at 10:45 AM No comments: 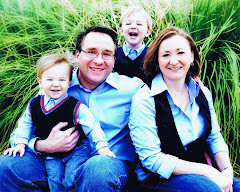